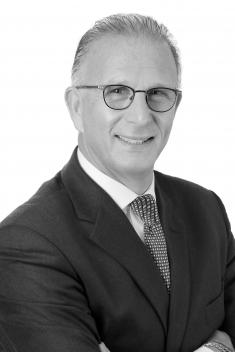 Tracy joined Caisson as a Consultant in September 2017, to support the equity raising activities within the Private Funds Group.  He supports the growth of Caisson’s core business in the multi-let industrial (“MLI”) sector, promoting the company’s services to family offices and other wealth platforms.

Tracy’s property career began in 1981, with a boutique investment house called Colegrave Group who were acquired by Johnson Fry PLC in 1987.  Whilst there, he was a main board director with responsibility for both its real estate activities and its intermediary distribution of mainstream investment products and services.

In 1998, he established Pinder Fry & Benjamin with two colleagues from Johnson Fry.  The firm quickly earned a reputation for delivering syndicated commercial property investments that were pre-let on long leases, to institutional grade tenants.  In a little over ten years, nearly £1 billion of property was acquired.  Tracy was responsible for assisting with the deal evaluation and equity raising for each project.

In 2011, he was a founding partner of Osprey Equity Partners with two colleagues from Pinder Fry & Benjamin.  Osprey is a 50/50 joint venture with Alvarium, a multi-family office with a substantial real estate platform both in the UK and mainland Europe.  During his time there, Tracy raised the equity to acquire over £650 million of UK long indexed income properties, through 21 separate funds - all of which are now closed.

He left in 2017 and formed TDB Consultancy.