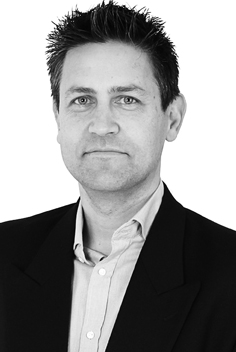 Jez is a qualified actuary who has extensive experience of asset-based investment transaction analysis across many sectors including real estate, rail, aircraft and insurance.

Post qualification he began his career at Liverpool and Victoria Insurance before joining  National Australia Bank’s Structured Finance Team in 1996. After developing a number of debt funding structures he moved  to Babcock & Brown in 2000, remaining there for over nine years and being involved in some of the most significant asset-backed transactions of the past ten years, including the Angel Train transaction, revolutionising the life settlement market with the Peachtree take-out financings and being involved in a wide variety of other asset financings eventually  amounting to over £6.0bn of completed transactions. Joining Legal and General in 2009 as Head of Investment Reporting for the groups £30.0bn annuities book. He joined Caisson in early 2014 and focuses on debt/equity raising and investment analysis.

Jez has worked on a diverse array of capital raising transactions across a wide range of asset types and structures, and brings a combination of strong analytical understanding and commercial and executive decision making to Caisson’s portfolio management and equity raising activities. Jez holds a degree in Mathematics from King’s College London and is a Fellow of the Institute of Actuaries.