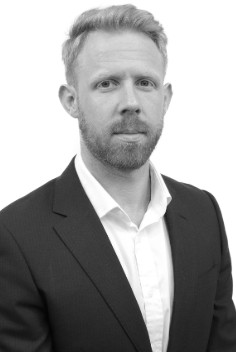 James joined Caisson in May 2018 as the Acquisitions Manager and is responsible for the sourcing and acquisitions of investments across the UK.  This involves co-ordinating the transaction process from analysis and bidding, up to completion.  He works closely with our advisors and investors and is ultimately the “go to” person for acquisitions at Caisson.

James began his career in Central and Eastern Europe, working at Knight Frank in Poland in 2007 and CBRE in Romania and Hungary from 2011 to 2014, working in Capital Markets and Valuation & Advisory.  Returning to the UK in 2014, he joined Cushman & Wakefield in the Central London Valuation team.

James is a Member of the Royal Institution of Chartered Surveyors and has a BSc (Hons) in Real Estate Management from Nottingham Trent University.

In his spare time, James has a great passion for music.  He can play the piano and loves going to live music events, including music festivals – Glastonbury, in particular.  He has done four bungy jumps (New Zealand, Australia, Macau and South Africa) and was a commercial fisherman in Australia for four months, catching tuna off the Pacific coast.