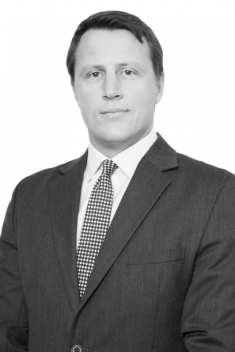 Benjamin joined Caisson in September 2021 as an Investment Analyst for the Acquisitions Team, assisting with the sourcing, analysis and acquisition of investments across the UK.  He recently completed the Cambridge Institute for Sustainability Leadership’s “Sustainability in the Built Environment” course.

Benjamin began his career in 2013, on the Savills Graduate Scheme, where he qualified as a Commercial Surveyor, working in both London and Madrid.  He subsequently joined the Berners- Allsopp Estate, a central London office portfolio, working as an Asset Manager.  Having completed his IMBA, he then joined Dumoore - a trade counter investor and developer.

Benjamin is a Member of the Royal Institution of Chartered Surveyors and he holds an IMBA from IE Business School, Madrid and an MA (Hons) in Spanish and Business from Trinity College, Dublin.

In his spare time, Benjamin is passionate about horse racing, having worked in the industry in Saudi Arabia, Australia and America.  He has served as a Royal Marine Reservist and some of his other interests include conservation and wildlife preservation - particularly in Africa.